My father never could stand curtains. Over the years I have witnessed several squabbles between him and his partner, a lover of scented candles and tablecloths with flowers, and slowly saw him give in on everything. Even on the fake Christmas tree with colorful streamers. Yet never, for any reason or circumstance, has he given in on the curtains: even today their windows, including the bathroom window, are strictly devoid of them.
I have tried several times to ask him the reason for this hatred, especially when I asked for his help precisely to hang my curtains. Needless to say, I have never obtained a completely satisfactory answer. At most eloquent glances, of a father who helps you and silently stands by you even if he knows with absolute certainty that you are doing something wrong. Yes, but what?

In the collective imaginary the curtain has taken on different forms and meanings over time. The fabric, more generally, is a founding element of the practice of building: from the tents of the nomads to the more contemporary tensile structures, the applications are varied and the developments are remarkable. At the same time, the curtain has been enriched with content and symbolism, so much so that it has often become a representative and emblematic element.
The contradictory and complex theme of the curtain can be intuited through a particular image offered to us by the German Pavilion of Mies van der Rohe in Barcelona. In those spaces delineated by the master of minimalism who makes absence an existential rule, there is an elegant and sumptuous curtain, a decorative and frivolous element par excellence. It is a heavy curtain, which freezes its vocation for mobility to transform it into baroque materiality, is a curtain that becomes a constituent layer of the wall, becomes architectural form. It is a naturally red curtain, like the scenic curtain it represents, which denies its ornamental essence to become a symbol, a metaphorical membrane. Thus, precisely in its denial, the curtain of Mies helps us to rediscover with force the most fundamental elements of the curtain element: the concealment, the separation and representation, the information. 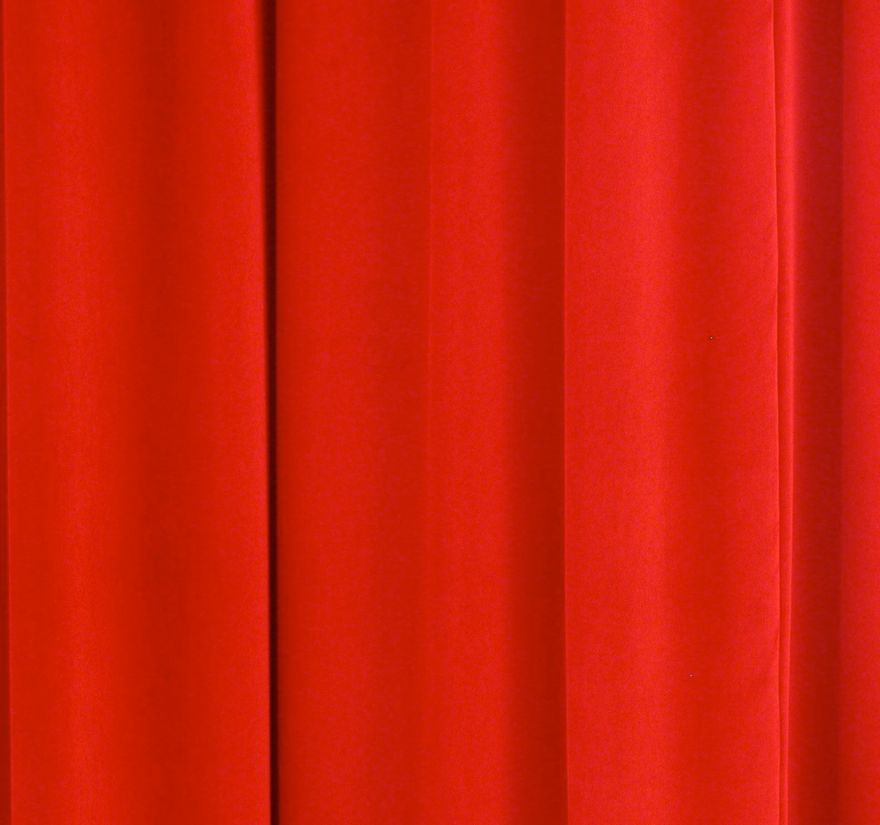